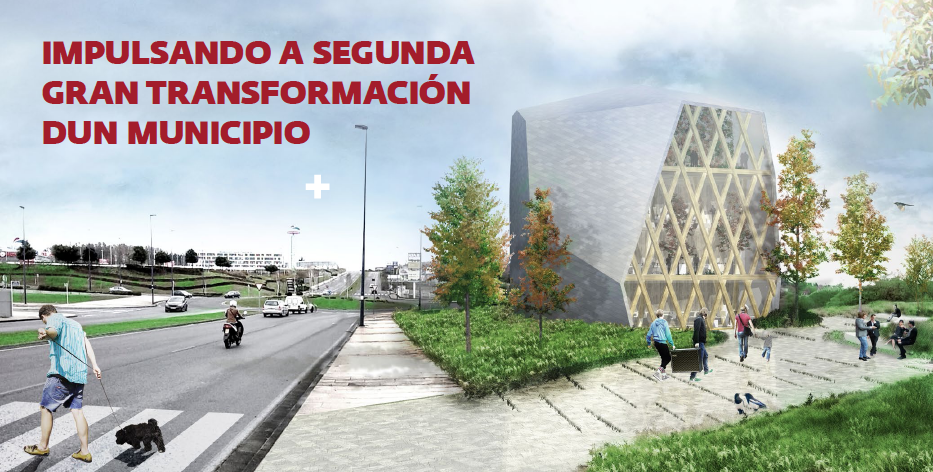 This special was published last July 31 in the newspaper El Progreso de Lugo and you can check it out and download it at PDF version on this link.

These are some of the highlights:

THE SEED OF RESEARCH AND ECONOMY

LIFE Lugo + Biodinámico is a European project promoted by the Lugo City Council and co-financed by the EU through the LIFE program, a pioneer in eco-sustainable planning in medium-sized cities, taking advantage of the use of natural resources and boosting the green economy. The measures to be developed include the construction of the first public building constructed with Galician wood, the design of the first multiecological neighborhood in Spain and the development of a catalog of sustainable urban solutions, exportable to other European cities.

This new production model will mean the launch of a green economy and will result in new poles for innovation, the use of Galician talent, the promotion of new ecological projects and the creation of new jobs for a forest industry that wants to reduce significant environmental risks and ecological shortage.

A PLACE: TOWARDS A WOOD VALLEY

The place chosen to place the seed, where the project actions are carried out, is the northern part of the “Green Belt” that surrounds the entire city following the courses of the Miño, Rato and Fervedoira, near the business parks of As Gándaras and O Ceao.

It is also about generating new business opportunities in the bioeconomy sector, creating an effect called since the Campus Terra from Lugo, by exposing its research potential near the industrial zone, can serve as a boost for the creation of an area business specialized in green economy, in the style of Silicon Valley with new technologies, where there are 85 universities integrated into the business fabric. In Lugo, in equivalence, a Wood Valley could be created that opens the possibility of a new economic model in the city of Lugo that generates green jobs. 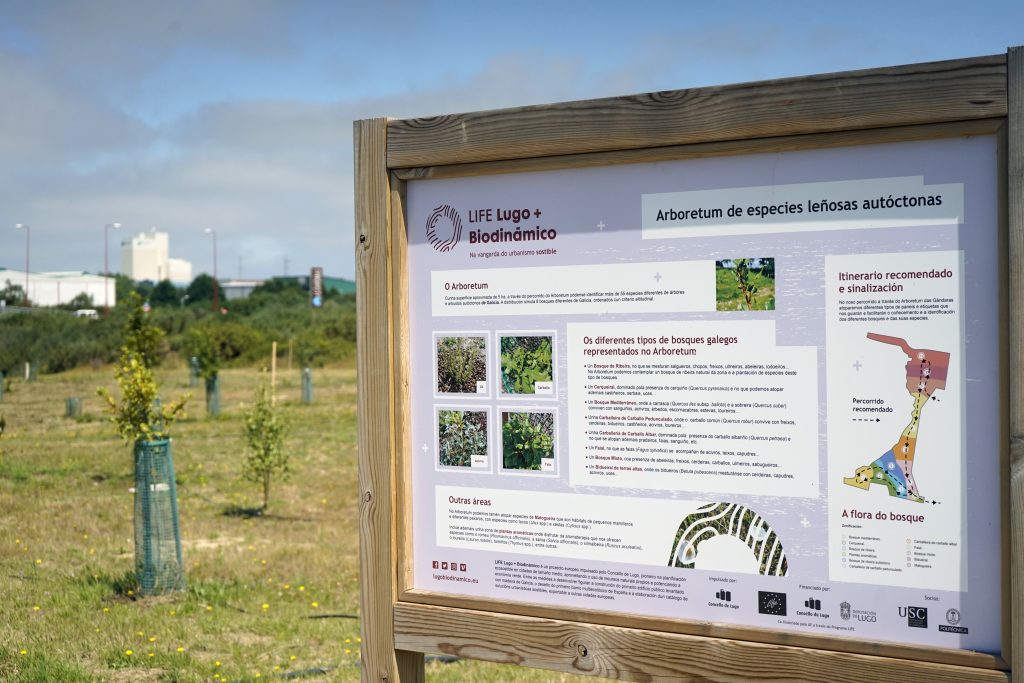 THE ACTIONS OF THE LIFE LUGO + BIODINÁMICO PROJECT

To achieve the above objectives, the project includes a Mosaic of actions that is divided into two main axes, the Demonstration actions, the implementation of the University’s research and the Planning actions, corresponding to the sustainable growth strategy of the city of Lugo.

Within the Green Lung, a Multiecological Neighborhood will be developed that will include, as a first step, the construction of the Impulso Verde building, as well as an area of ​​urban agriculture of soil and height.