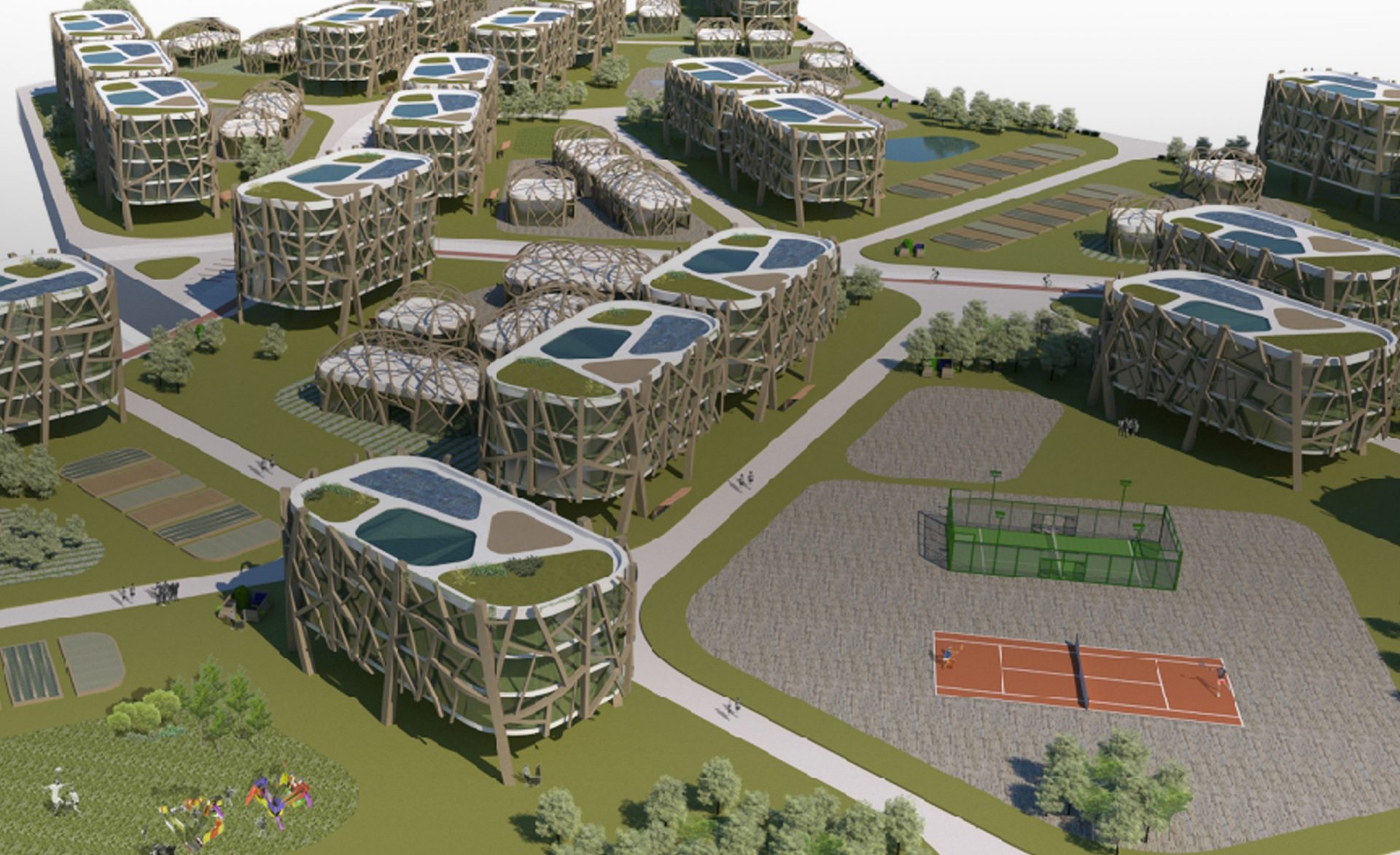 The mayor of Lugo, Lara Méndez, announced the approval, during the next Governing Board, of the Biodynamic Strategic Plan. A document that aims to serve as an urban framework to design the Multiecological Neighborhood of A Garaballa, under the Life program.

The councilor indicated that, “trying to promote a new urban development based, among other aspects, on the enhancement of local wood and the sustainable management of forests, we identified a set of solutions for the climate adaptation of the spaces in the cities being the control of these criteria the central axis of the planning of the future residential areas”.

Thus, among the tools enabled by the municipal technicians is the concretion of a River Linear Park, made up of the Miño, Rato and Fervedoira basins (limited to the south by the current Ronda Norte, to the east by the As Gándaras Industrial Park and to the north by the future expansion of O Ceao). “The scope of action that they delimit was called Green Infrastructure for Climate Protection within which we have the will to improve its permeability and environmental connectivity through the organization of a multifunctional system of open spaces,” Méndez indicated.

The proposal, according to the councilor, tries to structure the existing enclaves of Garabolos, As Gándaras and the Sagrado Corazón estate in order to revitalize the entire area, which is characterized by the natural signal conferred by the two rivers on which is supported and that provide an attractive landscaping grain.

“After developing a diagnosis in which a spatial and environmental analysis was carried out that took into account geomorphology and hydrology, energy and service networks, green spaces and agriculture, as well as mobility and access to In this entire area, field work was carried out that included research and surveys of the main professional and social agents,” added Lara Méndez.

The conclusions obtained in this research served, then, to configure a strategic vision of the future residential development that the entire environment will have, aimed at achieving an effective Urban Planning adapted to climate change that results in two pillars: habitability and sustainability, which was included in a specific Plan.

Thus, the mayor reported that it was decided to articulate the structure of the Multiecological Neighborhood on a functional system of open spaces, which will provide environmental services to the city, contributing to the water cycle, reducing its vulnerability to the effects of climate change and serving as a guide for the Urban Adaptation Strategy.

“In it, the free spaces of transversal connection that guarantee the continuity of the existing green areas throughout the area will be valued – with the aim that these have a requalifying dimension – and the main biodiversity reserve areas will be identified, the birdlife supports and the existing biological corridors”, advanced Méndez.

The model will include different strategies:

Regarding the socioeconomic aspect, Lara Méndez announced that the Plan will present an innovative initiative to boost the industrial activities of the Gándaras Business Park that will favor the implementation of the Bioeconomy sector, low in carbon and fundamental in local biological renewable resources.

“Thus, the aim is to configure a new urban model adapted to the climate that is capable of accommodating the new modes of production linked to commuter services in the territory, without giving up its industrial identity. For which collaborative and participatory methodologies will be applied among all the interested agents in order to favor synergies and that the Polygon becomes one for the development of the Multiecological Neighborhood itself and, at the same time, favors the bioecological transition at a local scale “, he underlined.

“This connects all the actions that, for the past 7 years, we have been implementing from the local Executive to transform the municipality, to achieve its progress and sustainable growth and in accordance with environmental reality and the future challenges that it poses to us. Betting on practical infrastructures that connect the different parts of the city, that allow us to integrate the Miño and its conservation into daily activity, that project us touristically while we gain in quality of life. Initiatives, all of them, that are based on the use of our own resources and that will allow us to lay the foundations for the challenges that the pandemic brought and that the armed conflict is bringing to turn them into opportunities, investment and stable work for the the people of Lugo”, concluded Lara Méndez.