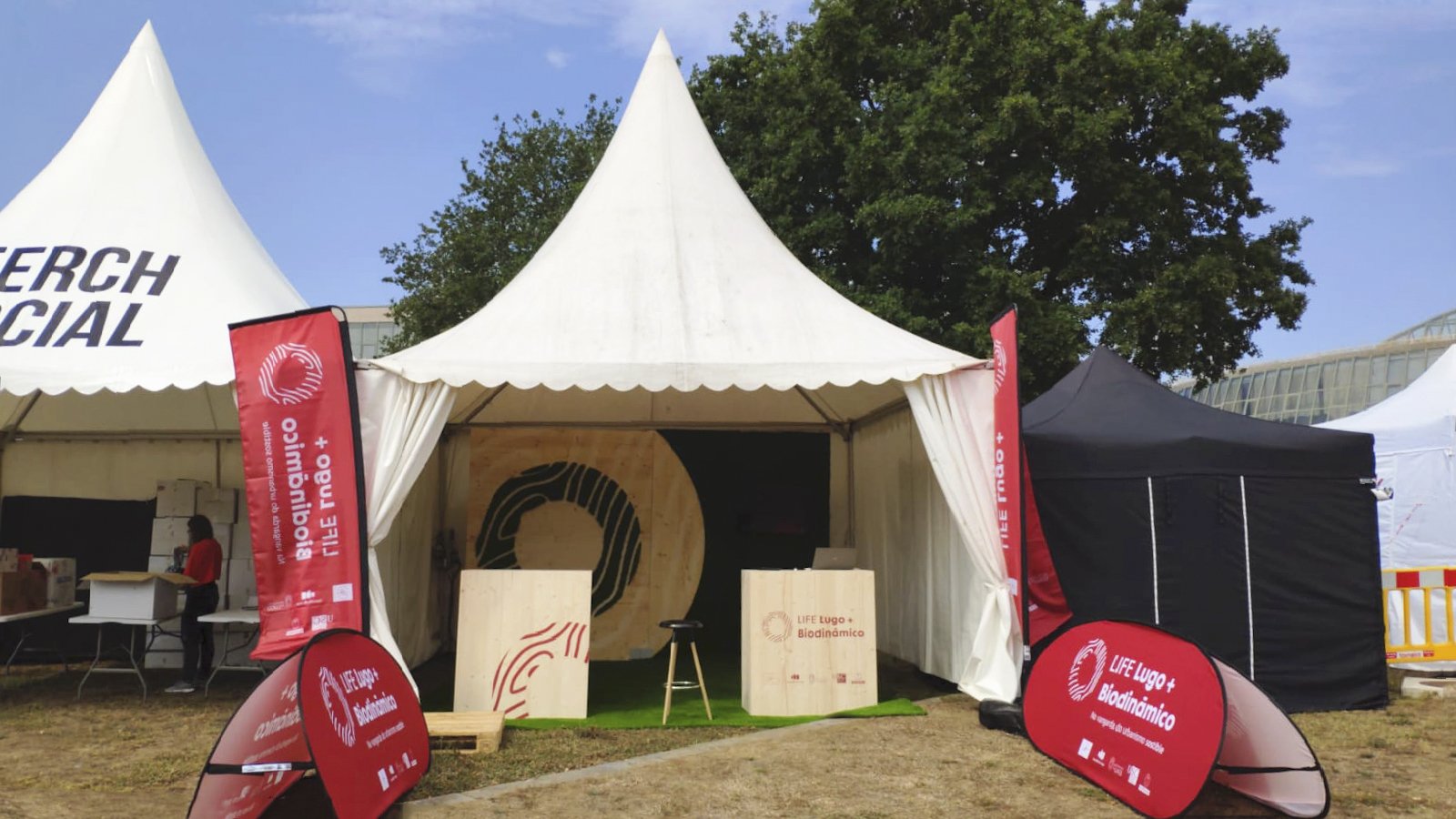 The weekend of September 20 and 21 was held in Lugo the CaudalFest, a music festival organized by the City Council of Lugo. Throughout the two days of the festival, artists such as Marea or Xoel López made more than 32,000 attendees dance and enjoy music.

The LIFE Lugo + Biodinámico project was present at the Caudal Fest, placing a stand in which information was provided on all the initiatives that are being developing in the city, to all the attendees who visited it during the festival celebration.

The Caudal Fest, the urban green festival of Lugo, was located in the gardens of the Pazo de Ferias y Congresos de Lugo, on the banks of the Miño river, surrounded by historical and heritage elements such as the Roman Bridge and the Termas. This festival, which has just closed its second edition, is reaffirmed as a meeting point of harmony between nature, history and music.