Impulso Verde, chosen by the public as the Best Project of CUPA Pizarras 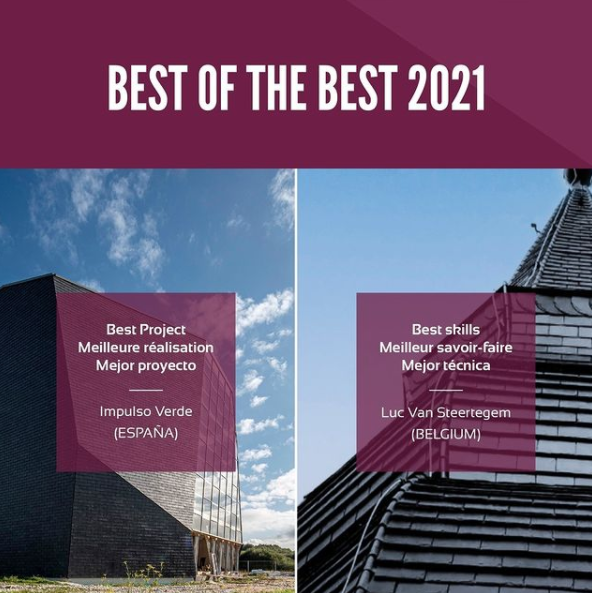 The company CUPA Pizarras, the world leader in slate, has celebrated these weeks a international contest for the public to choose the best works of the brand carried out in this 2021 that is ending.

The Building Impulso Verde of LIFE Lugo + Biodinámico has resulted winner in the “Best Project” category in which it competed with four other projects from the UK, France and Denmark. The call was launched through the company’s social networks with the aim that their followers were the ones who voted for the best use of the slate in projects developed this last year. Lugo’s project has reached a total of 2,525 votes, with a difference of almost 600 votes with respect to the second runner-up, from the United Kingdom.

Impulso Verde, banner of LIFE Lugo + Biodinámico and first step of the Multiecological Neighbourhood, is a building that incorporates the research advances of the two partner universities of the project, Campus Terra of the USC and the Universidad Politécnica de Madrid. It is the first public construction in Galicia built in local wood and is already a benchmark in the fight against climate change, capable of generating its consumption with alternative energies. In addition, the use of wood as a constructive element makes the building emit 90% less CO2 into the atmosphere than concrete and steel buildings and absorbs 280 tons of emissions, reducing the greenhouse effect.

This building is also the first in Spain and one of the few in the world to achieve the prestigious FSC project certification. This seal guarantees that all the wood used, both in structures and in formwork, comes from sources managed according to strict environmental and social sustainability standards. Its exterior, covered in Galician slate, has made it the winner of this international competition.

You can see in this gallery the building process of Impulso Verde: