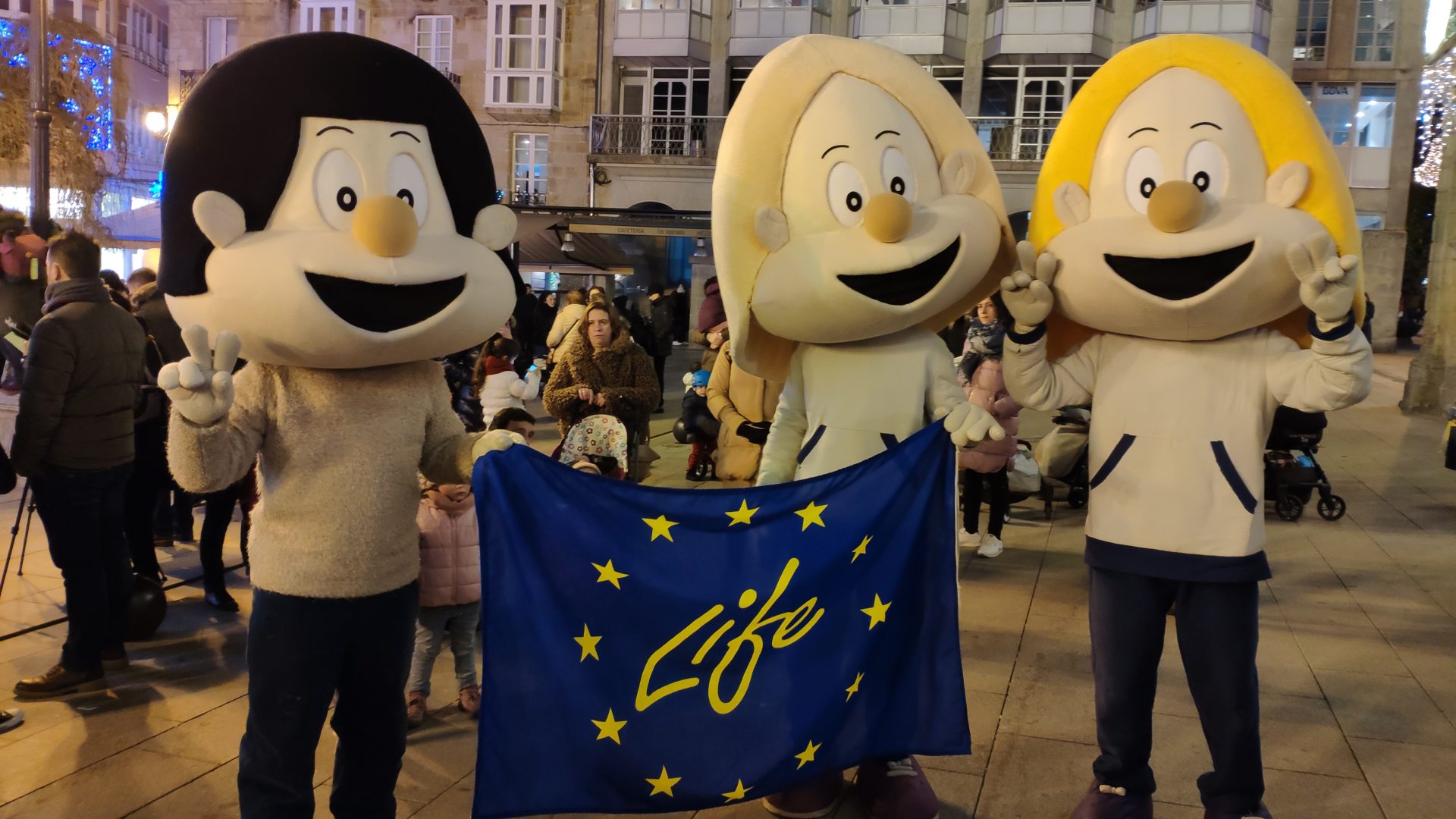 The LIFE Lugo + Biodinámico project has started its Foro Verde this January, an agenda of informing activities with which to make known among the citizens of Lugo all the advances that occur within the project and each of its actions.

The Foro Verde will be a forum made of all the initiatives that contemplate the return of information to the neighbors of Lugo, either at a generalist level or with activities that involve the associations of the city, the educative community and to any entity that is not directly involved in the project.

With the tag [FORO VERDE] we will indicate both the agenda of our website and in this news section, all those events of the project that are directed to the general public. The Foro Verde started these past Christmas, with activities for the little ones that were held with the presence of Os Bolechas. With their help, we were able to introduce LIFE Lugo + Biodinámico to the young public by distributing copies of the story Os Bolechas fan un barrio multiecolóxico en Lugo, which can also be download from our website.