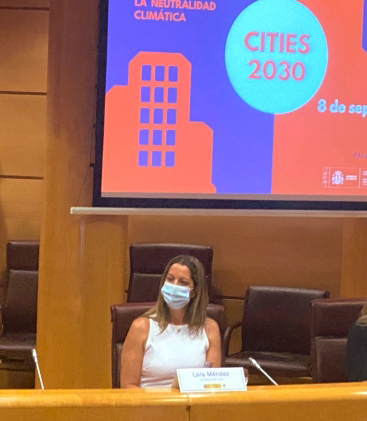 The Mayor of Lugo, Lara Méndez, presented this morning in the Senate the lines of the city model in the conference ‘Spanish cities facing the challenge of climate neutrality’, a conference where initiatives, difficulties, experiences and advantages of the new visions on green infrastructures were discussed. Lugo was one of the 12 cities chosen to participate in this reflection on the green future of cities.

The Mayor highlighted the need to continue advancing in actions in the neighborhoods for a new sustainability, with actions such as those that are being carried out to recover public spaces for citizens, such as pedestrianization of roads, green spaces, bike lanes, etc. and also highlighted the importance of creating new neighborhoods from scratch, in this case highlighting the Multiecological Neighborhood. The first building in this neighborhood is the Impulso Verde “the first public building built with Galician wood that will entail a 74% saving in energy consumption compared to existing office buildings, and 54% compared to new construction, and regarded to CO2, it will emit 90% less than concrete and steel buildings and, in addition, it will absorb 280 tons of emissions ” pointed out Méndez.

“Lugo has been working on the sustainable transformation of the city for seven years, through an inclusive urbanism that pursues climate neutrality to face the challenges of climate change with greater strength, with pioneering initiatives in Europe, and trying to raise awareness of the need to create new healthy life habits and enhance intergenerational relationships, “said the mayor, who added that this transformation now adds to the momentum of the local economy through business and industrial diversification to attract investments of high social, innovative and environmental value.

The forum in which the Mayor of Lugo participated was moderated by Ione Belarra, Minister of Social Rights and the 2030 Agenda of Spain, and the mayor of Vitoria-Gasteiz, Gorka Urtaran; the mayor of Cáceres, Luis Salaya and Milagros Tolón, vice president of the FEMP. 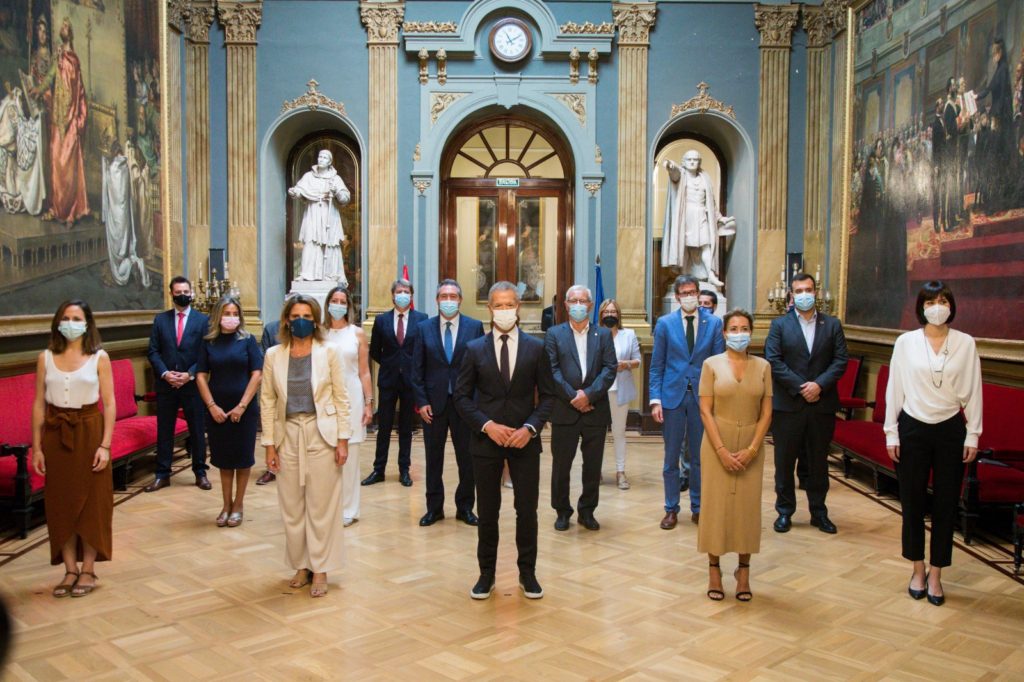 Regarding the economic recovery, the mayor explained that “from the City Council we take care of the extraordinary actions derived from the pandemic, a situation that highlighted the importance of local cooperation to face global challenges such as economic recovery, and thus was born the Lugo Transforma strategy, a municipal fund of 12 million euros, to attract investments of high social, innovative and environmental value, whose purpose is to promote the economic diversification of the city and the creation of jobs that allow citizens to choose Lugo as a city to carry out its life project ”. Along the same lines, she highlighted the creation of a Forum for the Industrial Diversification of Lugo, as a reinforcement of the strategy being “an initiative that we want to develop as a space for dialogue and agreement where the local government and the main economic, institutional, political agents and social organizations of the city let us design and promote joint measures to lay the foundations for the future industrialization of Lugo”.

To end, the mayor highlighted the importance of the new European funds that will allow Lugo to continue to take important steps in this transformation.