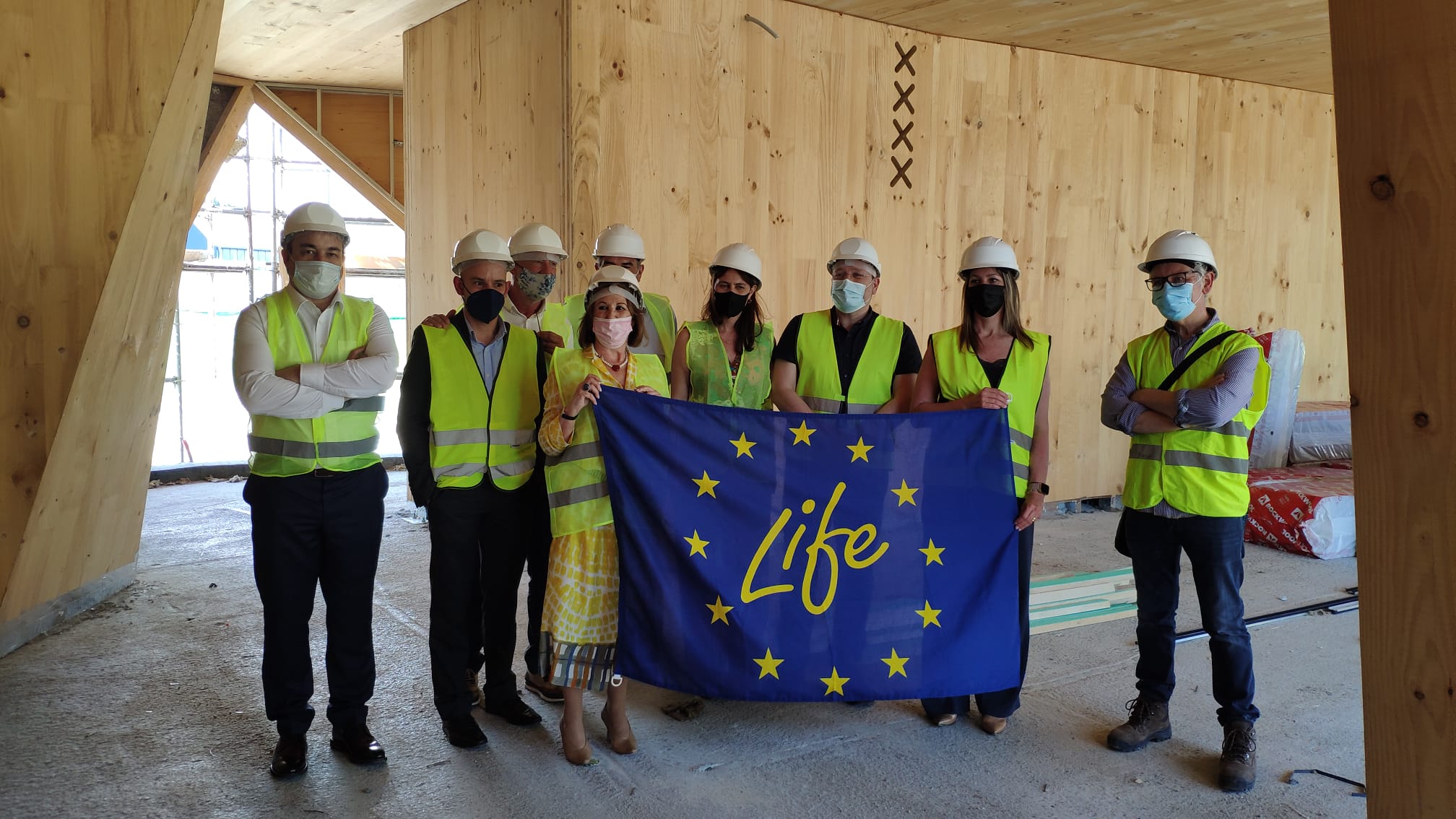 On Monday, June 7, the forum “Urban Sustainability: the cities of the future” was held in Lugo, organized by the newspaper El Progreso. In this meeting the steps to achieve the development of a sustainable urbanism that modifies the urban landscape have been analyzed, adapting it to the needs of the neighbors. The day, which has been broadcast by streaming and can be seen again from the El Progreso website and El Diario de Pontevedra, was attended by Secretary of State for Infrastructure Sergio Vázquez Torrón, who opened the event and gave way to former Inditex sustainability director Antonio Álvarez. The programming continued with the participation of Norvento’s biogas business manager Javier Taibo, Raúl Estévez, head of big data at the Sustainability Observatory and Mayor Lara Méndez.

In the round table “Wood in construction. Biooeconomy“, the director of the Axencia Galega da Industria Forestal Ignacio Lema Piñeiro, the director of PEMADE and professor at the USC Manuel Guaita and the director of the Escola de Enxeñaría Forestal from UVigo, Juan Picos, who have emphasized the uses of wood in construction and its environmental impact, as well as its role in promoting green jobs in our country. The forum ended with a presentation by Daniel Ibáñez, architect and doctoral student in Design at Harvard and researcher at the Harvard Office for Urbanization and the Urban Theory Lab, talking about the sustainable cities of the future, and with the farewell and thanks of the Mayor.

After the closing, a guided visit was held with the guests of the Forum to the building Impulso Verde of the LIFE Lugo + Biodinamico and the project of the Multiecological Neighbourhood that is being developed in A Garaballa. During the visit to the evolution of the works of the Impulso Verde building, the participants and the Mayor were accompanied by the construction manager of A. Valiño Miguel López and the construction manager of Egoin Ramón Vázquez.