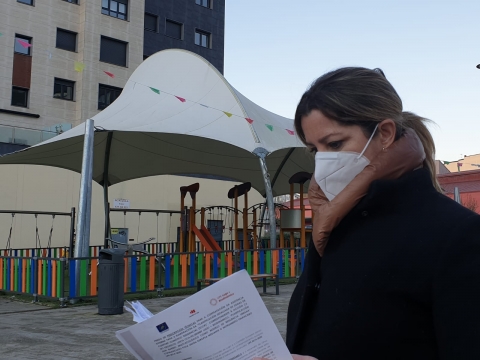 The City Council of Lugo released at the end of last year the tender of a technical assistance that elaborates a pilot study of detailed planning of zones of climatic comfort, which will initially focus on the LIFE Lugo + Biodinámico area of ​​action, and specifically on the Multiecological Neighbourhood. This pilot study will be applied in addition to this new development, in the area of ​​the Plaza de Agro do Rolo, where existing built spaces will be analyzed and solutions and improvements will be proposed for the surroundings.

In this way, the City Council of Lugo will control the climatic conditions of the houses in the city, betting on carbon neutral neighborhoods. With the data provided by this study, what is sought is to design the city based on climate variables, obtaining energy savings and polluting emissions, creating comfortable outdoor areas for neighbors. In statements by Mayor Lara Méndez, “the current behavior of cities is one of the main causes of the climate emergency, so in Lugo we are working to change the paradigm in urban planning in order to make it more sustainable”, therefore, she adds, “with this action planned within the LIFE Lugo + Biodinámico framework, we want to provide design solutions in neighborhoods based on climatic variables, both in buildings and in public spaces. which will allow us to reduce polluting emissions as well as the consumption of material resources, water and energy and create a welcoming network of comfortable outdoor spaces for our neighbors”.

The intensity of the effects of the microclimate in the neighborhoods depends on a multitude of factors, among which the urban structure, the presence or not of vegetation, the construction materials of the urbanizations and the heat and emissions generated by them, the topography or local climatic characteristics such as wind or temperature. For this reason the study will collect the microclimatic characterization of the intervention area, determining the solar coordinates, the prevailing winds and the humidity indices, as well as the use of the hours of sunshine, the quantification of the thermal needs and the description of the factors that determine the local microclimate, among other factors. The final aim of this study is to obtain carbon-neutral neighbourhoods, which cancel the emission of greenhouse gases in the city of Lugo, making it more resilient to climate change. “Faced with the forecast of a future adverse climate change, we intend that the urbanization of As Gándaras depends mainly on local renewable resources in basic urban services, such as mobility, lighting or waste generation”, concluded Lara Méndez.