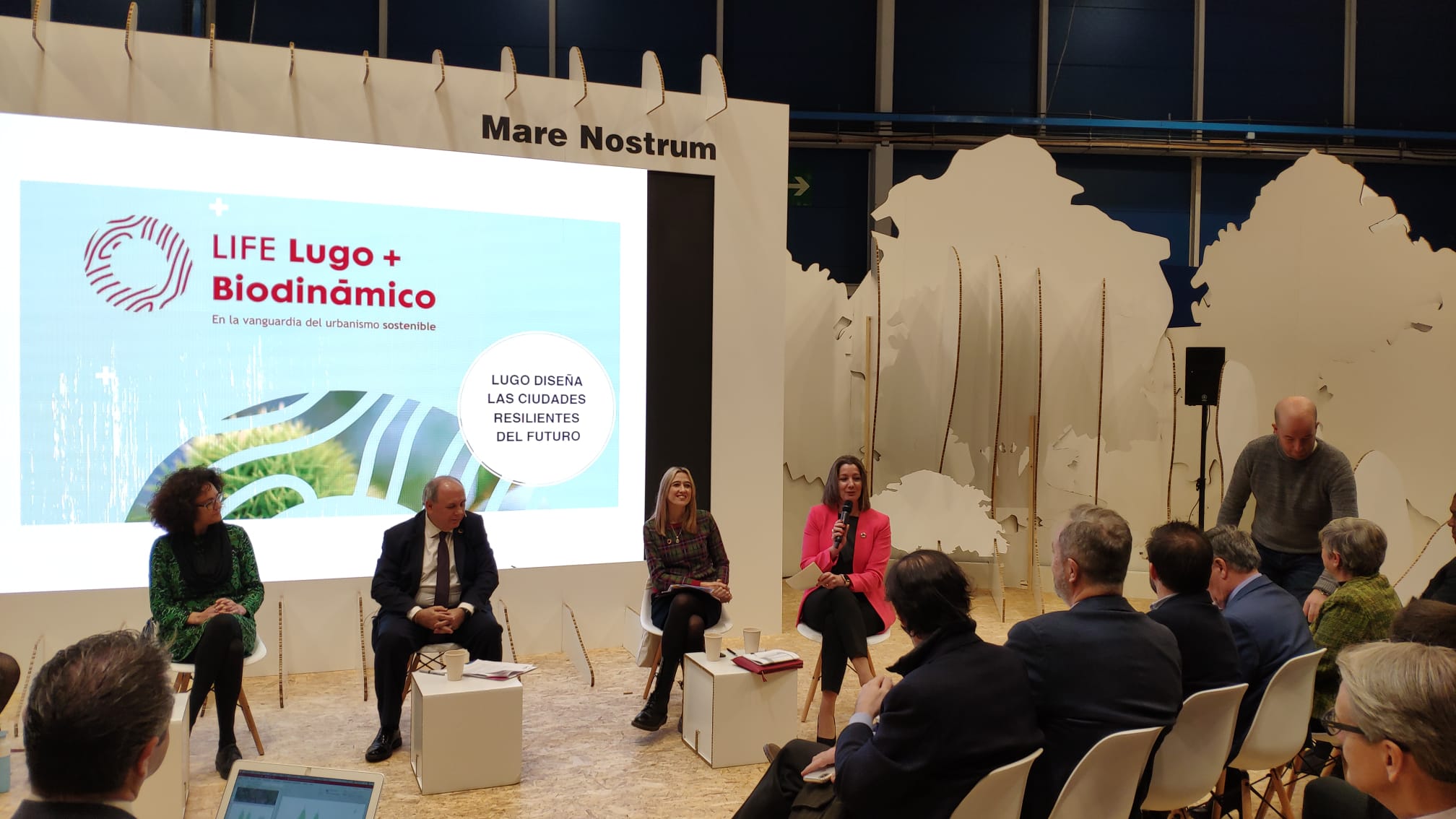 The UN Climate Change Conference, which is being held these days in Madrid, has hosted this morning the presentation of LIFE Lugo + Biodinámico, by the mayor Lara Méndez.

The project promoted by the Concello de Lugo has lived today one of the most remarkable days of its career so far, having the opportunity to make itself known at the #COP25, the United Nations Framework Convention on Climate Change. This summit is held at the time of greatest climatic emergency on the planet and is the last meeting to activate the Paris Agreement.

The presentation of the project took place in a meeting organized by the FEMP within their actions at #COP25, under the title “Los retos de los gobiernos locales frente al cambio climático“, in which different mayors and presidents of councils exposed the initiatives that from their local or provincial organizations are carrying out to adapt to climate change and fight against its negative effects.

During the presentation, the Mayor stressed that LIFE Lugo + Biodinámico is a project that wants, from the local level, “to change the productive model and mentality in response to climate change, betting on a more human and green city”. She pointed out as flagships of the project the Impulso Verde building, the commitment to the Biodynamic Plan and the development of a Multiecological Neighborhood, which also stand out as elements easily exportable to other local realities such as Lugo.

We leave the full intervention of Mayor Lara Méndez at #COP25: