LIFE Lugo + Biodinámico will be at the Luis Asorey Cycle 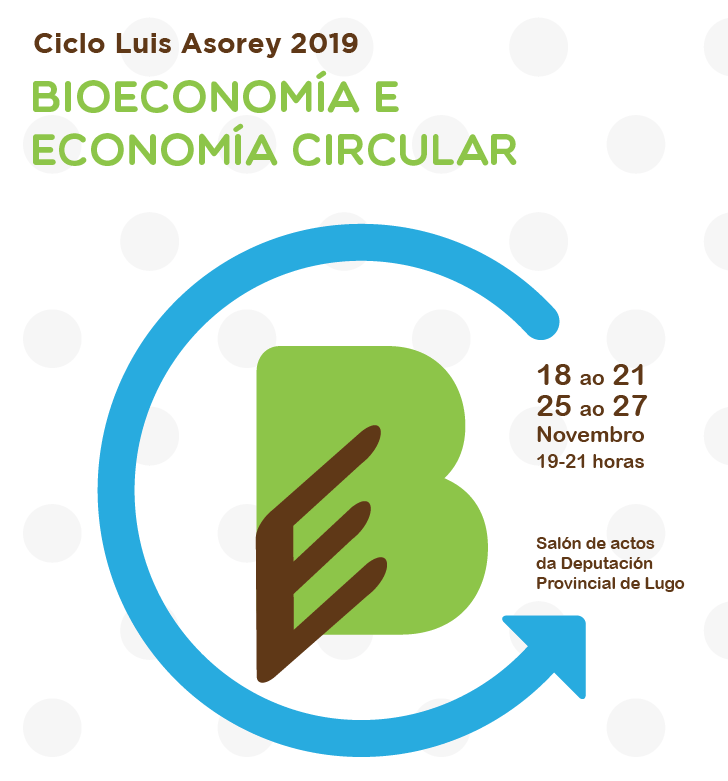 The Real Academia Galega das Ciencias, with the sponsorship of the Deputación de Lugo, partner and co-financing entity of the LIFE Lugo + Biodinámnico project, and with the collaboration of the Campus Terra from the USC organizes a new edition of the Luis Asorey Cycle this year focused on the bioeconomy and the circular economy. This cycle will be held between 7:00 p.m. and 9:00 p.m. from November 18 to 21 and from November 25 to 27, at the Deputación Provincial de Lugo.

The LIFE Lugo + Biodinámico project will be present in this cycle of scientific dissemination in two talks. The first one will be held on November 18 and will be taught by Manuel Guaita, director of PEMADE, professor of the USC and project partner, with a presentation on “Bioeconomía e construción de madeira”. The second participation, with the focus on the bioeconomy applied to municipalities, will be held on the closing day of the cycle, on November 27, and it will be an approach to the LIFE Lugo + Biodinámico, by the hand of the engineers of the USC and partners Esther Fernández Núñez and Antonio Rigueiro Rodríguez, which will delve into the research on urban forests and other actions contemplated in this project led by the Concello de Lugo.

All these informative sessions are free and open access until capacity is reached, with the requirement to formalize the registration previously through this online form. The complete program of the Cycle can be downloaded through the Real Academia Galega das Ciencias webpage.