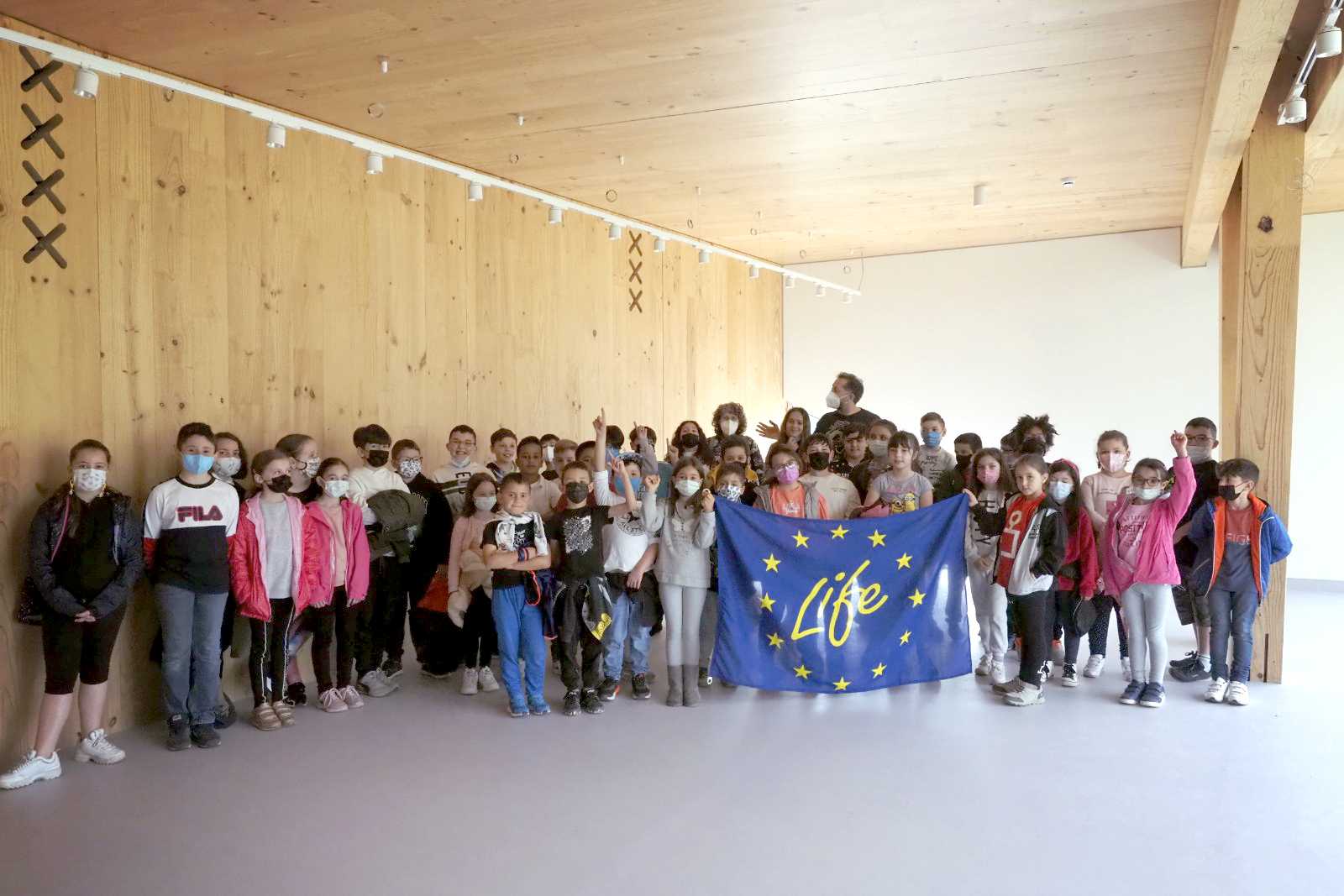 The Impulso Verde building has been, for months, the icon of the LIFE Lugo + Biodinámico project. Throughout this time, different institutions, organizations and entities from all over the world have visited the facilities, both during the construction process and now that the works are almost finished.

This Tuesday, May 31, the students of CEIP Albeiros from Lugo have visited the building in the framework of the celebration of the 30th anniversary of the LIFE Program. More than 40 boys and girls have been able to discover the characteristics that make the Impulso Verde different and why it marks a milestone in the city.
From the CEIP Albeiros they have shown a special interest in LIFE Lugo + Biodinámico since, in addition to being the closest school to the area in which the project is being developed, they take advantage of this peculiarity to carry out a school initiative called “Imagining the future of our neighborhood” with which they are learning, among other things, the possibilities of new construction materials and their advantages.

This visit, which takes place during the month in which LIFE is 30 is celebrated, also appears on the special website created for the anniversary of the European program.