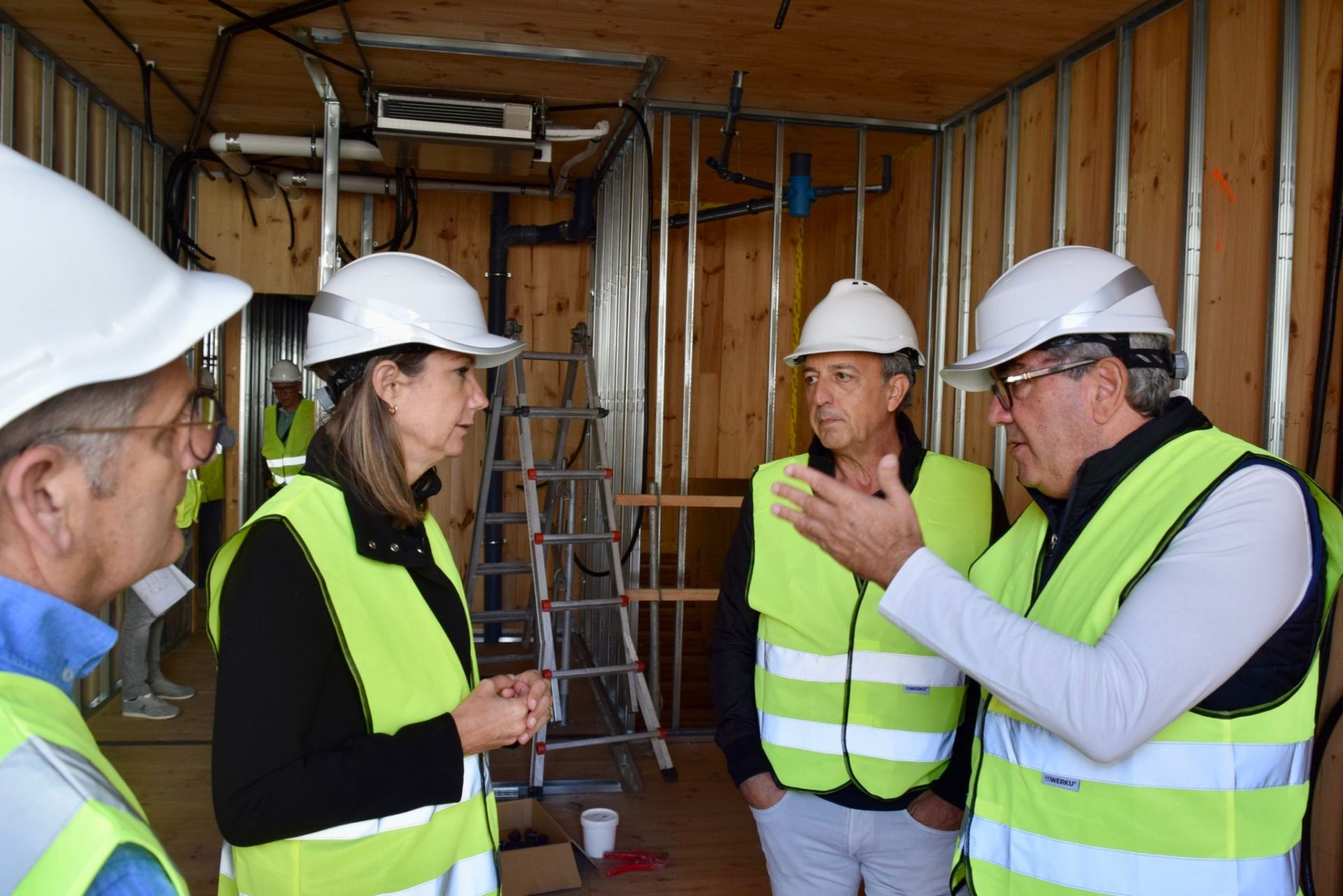 The LIFE Lugo + Biodinámico project establishes, among other actions and objectives, the commitment to lay the foundations for sustainable construction in the city of Lugo and thus serve as a model of construction and adaptation to climate change for other European medium-sized cities.

To achieve this, initiatives such as the Impulso Verde building or the GUD Lugo Urban Solutions Catalog that mark the sustainable construction standards applied by the project and that can be replicate in the rest of the city. Based on this model, the new hotel in Santo Domingo was built, entirely of wood.

On October 13, the mayor of Lugo visited the construction works of this hotel, to assess its construction process. There Lara Méndez valued the LIFE project and declared that Impulso Verde “not only enjoys national and international prestige but is also an example and a benchmark for private initiative” and that this model “results inspiring for local developers who decide to bet on this material to carry out their projects with the added value it brings in terms of sustainability and energy efficiency but also at the forefront of urban planning”.