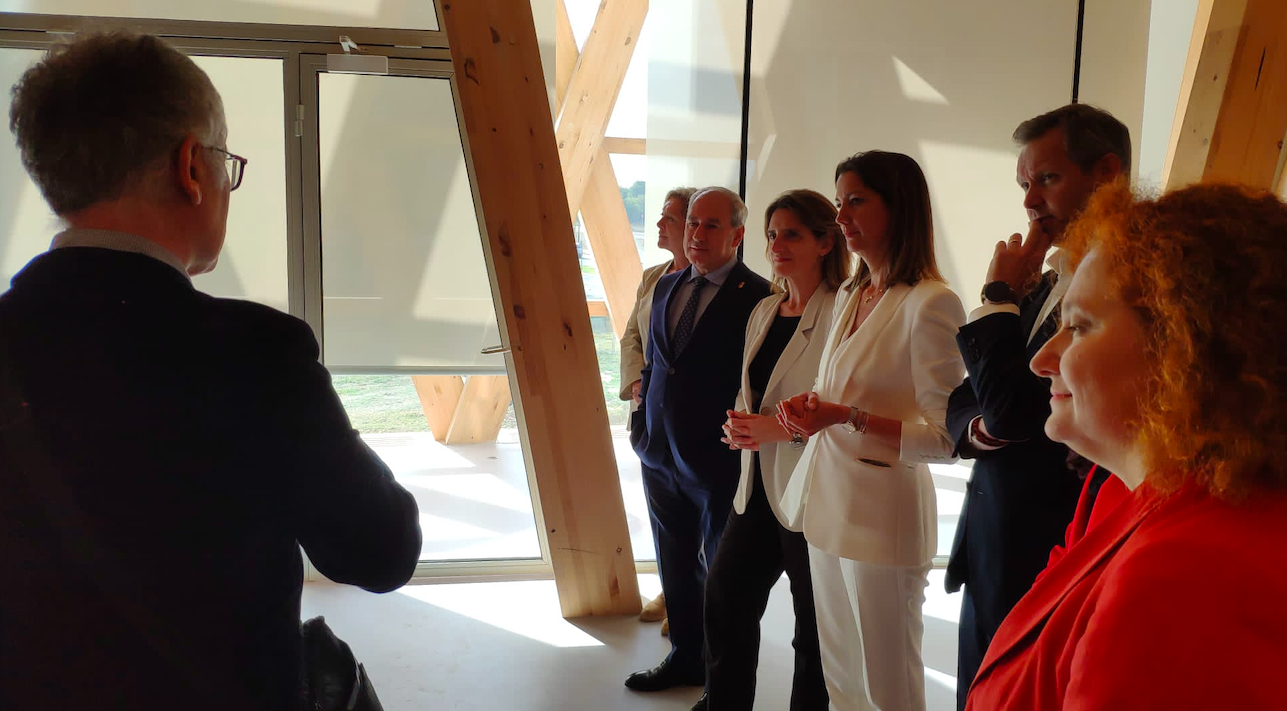 On Thursday, October 6, the Minister of Ecological Transition and Demographic Challenge, Teresa Ribera, visited the facilities of the Impulso Verde building accompanied by the mayor of Lugo, Lara Méndez. During this visit, the minister was able to see first-hand the LIFE Lugo + Biodinámico project and the set of actions that, through this European project, are changing the city in order to adapt it to climate change, through initiatives such as the Multiecological Neighborhood.

During the visit to the Impulso Verde building, Teresa Ribera highlighted the work of the LIFE program and the The City Council of Lugo’s firm commitment to sustainability, pointing to it as “an example of the response that local Administrations can give to the challenges posed by the climate emergency”. In addition, the minister highlighted that the LIFE Lugo + Biodinámico is “a clear example of what can be done from local governments, thinking about the territory, the people and how to reconcile, at a time as complicated as this, from the energy point of view, the management of resources finding solutions that are not only compatible with the environment but also innovative and, on the other hand, generate employment and save on the consumption of basic resources”.

During the visit to the building, the Minister and the councilor were accompanied by the delegate of the Government in Galicia, José Miñones; the sub-delegate of the Government, Isabel Rodríguez; the president of the Provincial Council of Lugo, José Tomé; the Councilor for Governance, Paula Alvarellos and Manuel Guaita, director of PEMADE and partner of the project.