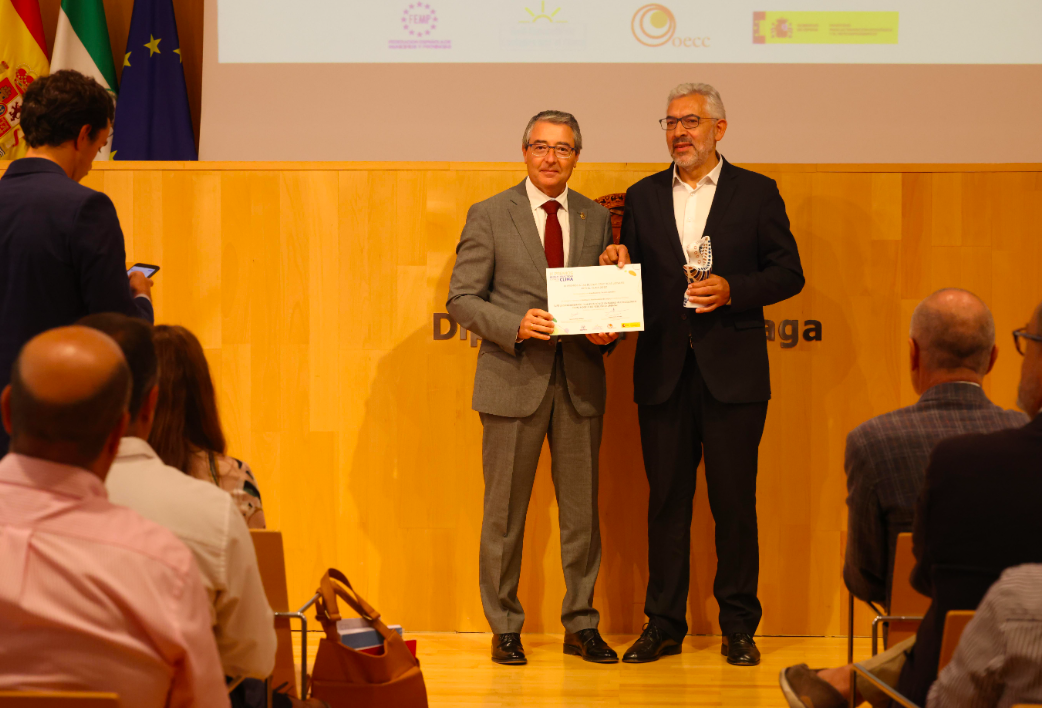 On Friday, September 23, within the General Assembly of the Spanish Network of Cities for Climate held in Malaga, the Multiecological Neighborhood has received the Good Local Practices for Climate Award.

The Multiecological Neighborhood of LIFE Lugo + Biodinámico, as a model of urban resilience, won the second prize in the “Adaptation to climate change” category, being the only Galician municipality awarded in this contest. This is the second time that the project has received an award from the Spanish Federation of Municipalities and Provinces, after last year receiving the award for Good Local Practices for Biodiversity for the work of recovery of the As Gándaras wetland.

This award was presented at the awards ceremony of the IX Contest of Good Local Practices for the Climate, organized by the Spanish Network of Cities for the Climate, integrated in the FEMP, and has been picked up by the Deputy Mayor and Councilor for the Environment, Miguel Fernández.