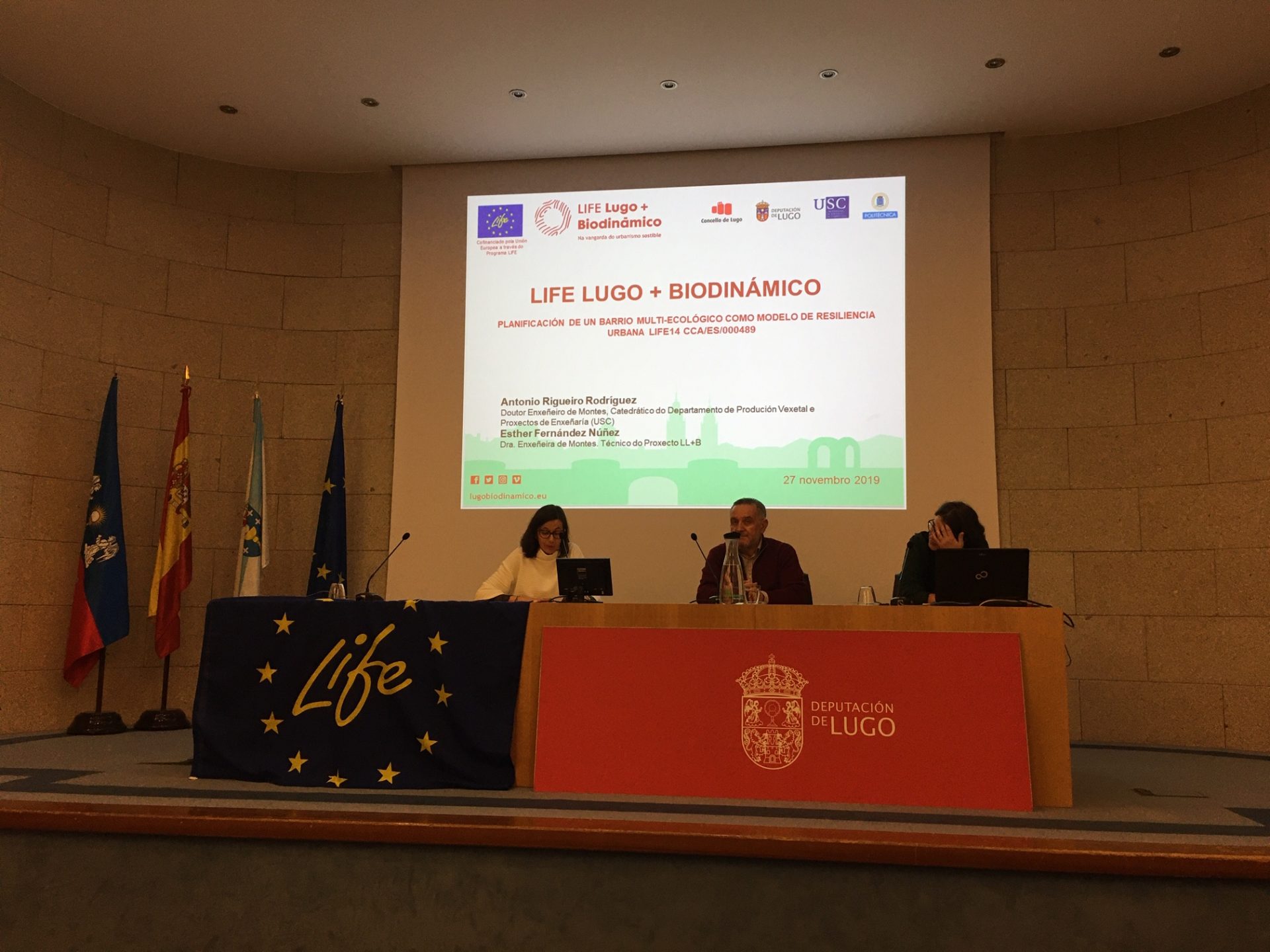 On Wednesday, November 27, the Luis Asorey Cycle of conferences was closed, which in this edition was entitled “Bioeconomy and circular economy“. Throughout the two weeks in which the presentations were held, the LIFE Lugo + Biodinámico project was very present, from the same opening day, which was attended by the Mayor of Lugo Lara Méndez, to welcome all attendees, an act where she took the opportunity to reinforce the commitment of the Concello de Lugo for the bioeconomy and the improvements that the LIFE project is already leaving in our city.

The final day of the cycle was dedicated entirely to LIFE Lugo + Biodinámico and to its performances that, specifically around Urban Forests, are being developed in the city and its surroundings. The first to intervene was the Doctor of Forestry Engineering of the USC and partner of the project, Esther Fernández Núñez, who explained the benefits of the commitment to Urban Forests and the recovery of green areas and tree species has for cities and urban environments. The day was closed by the coordinator of the cycle and Professor of USC, Antonio Rigueiro, who in addition to explaining the different planting and recovery actions of native species that are being developed in the LIFE Lugo + Biodinámico, stressed the importance of publicizing initiatives such as the Impulso Verde building or the development of Multiecological Neighborhood.