The musical storytellers of the Urban Forest receive a great reception 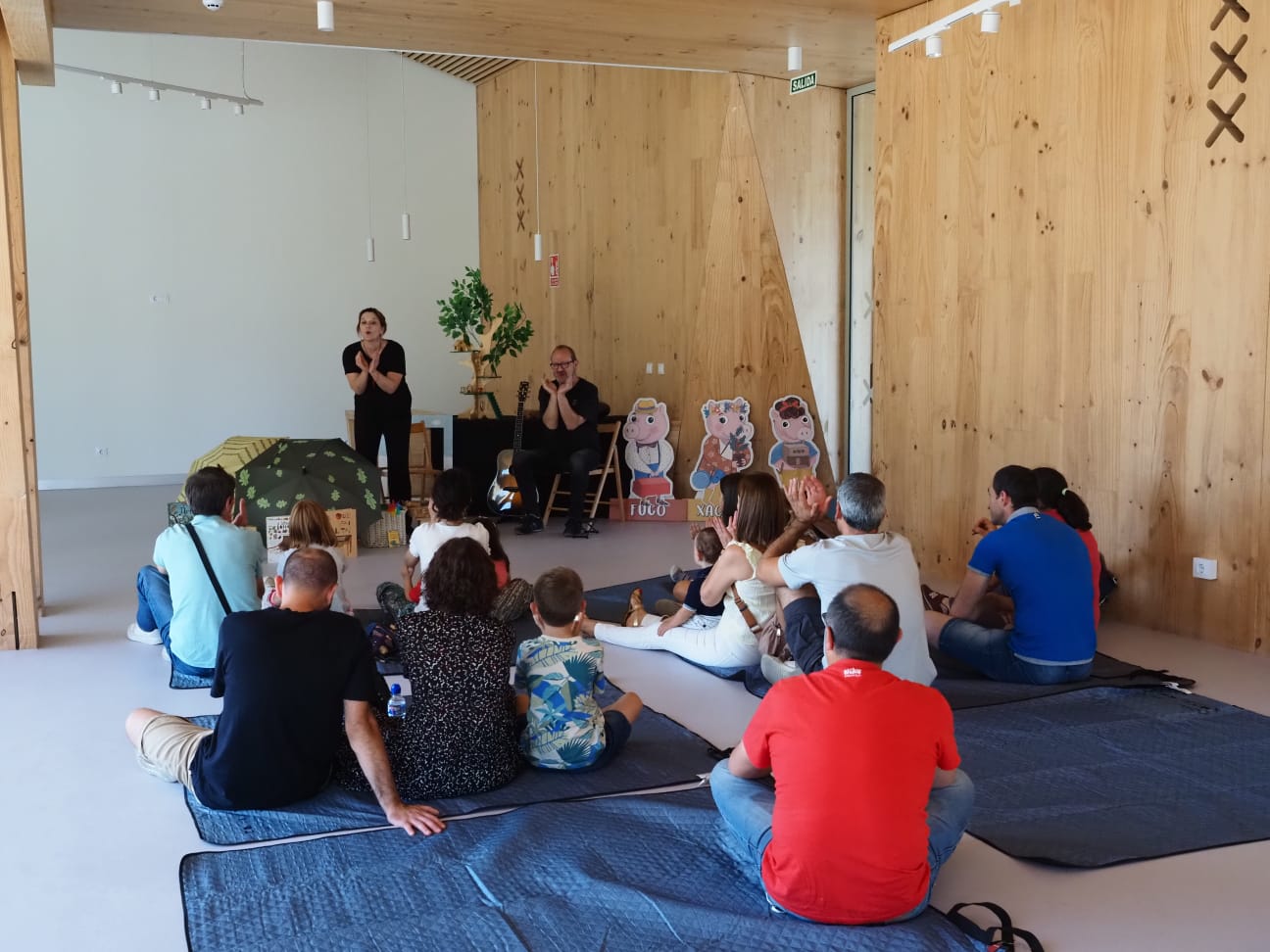 The musical storytelling sessions that were held at the end of week of September 10 and 11 in the Urban Forest of As Gándaras have been very well received by the families of Lugo. The collaboration of the City Council of Lugo with Fearmaga has brought “As Aventuras de Maruxa, Xaquín e Fuco” for yet another year, with the aim of disseminating the environmental value and advantages of wood construction, as well as the fight against change climate.

Throughout the four sessions that were held between Saturday and Sunday, some 50 people attended the Urban Forest of As Gándaras and the Impulso Verde building to enjoy the interpretation of Cris de Caldas and the music of Xabi do Camiño. The girls and boys who attended received, at the end, copies of the story “As Aventuras de Maruxa, Xaquín e Fuco” illustrated by Blanca Millán, as well as informative and educational material from the LIFE Lugo + Biodinámico project. In this way, through reading and playing, the message about sustainability, respect for the environment and care for the forests goes with them to their homes.

You can see the images of the two days in this gallery: